“Somewhere, in all of this, the essence of Siam was concealed, along with the essence of this city wearing its mask, pretending to be something it wasn’t…” – THE PLACE OF QUARANTINE 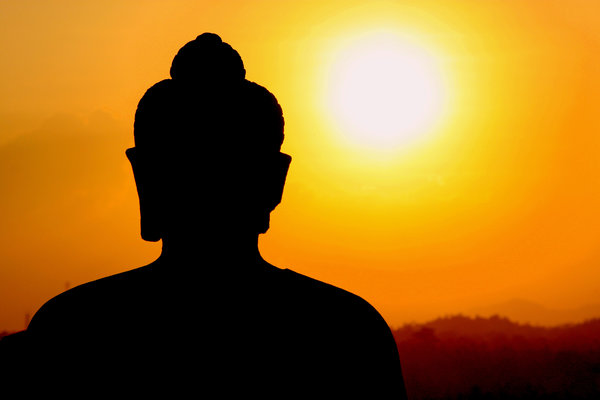 It was Saturday; in the morning, Nok took him to a Buddhist temple. Having given the monks food offerings, they spent two hours at a meditation ceremony. The process entranced Brevich with its steady, unhurried rhythm. Thais – young and old alike – came in, took off their shoes, sat on a wooden platform and closed their eyes. Cameras stood on three sides – concentrated, serene faces floated across large screens.

Brevich observed this incredibly slow-moving action, practically inaction, as if it were a fast-paced thriller. Its stubborn, unstoppable development seemed to comprise the quintessence of all realities, which began to open up to him – ever so slightly – and even the Thai incantation amplified through the loudspeaker acquired meaning. It was probably talking about a different life, the life that Brevich wanted to transform his own into.

He asked Nok what the words were about. She said they were the words of the Buddha. About the soul and what’s reflected in it. About the end and the continuity of everything. About the way the things you do return back to you sooner or later – with the inevitability of predestination.

“I thought so,” Ivan nodded. It seemed to him that all this really had been there in his thoughts.

“‘The ocean tastes of salt, but its dharma has the taste of freedom,’” Nok translated.

“I thought so,” he muttered, remembering her scent of cloves and her salty-sweet taste.

“‘Let those who can hear respond with faith,’” Nok translated.

Suddenly he felt a powerful urge for faith – not in any deity, but in what was going on around him. A belief that this was not a fantasy that will disappear tomorrow, but something unshakable and real. He desperately wanted the course of his and Nok’s “story” to enter the same slow, meditative rhythm – or even stop altogether…” – THE PLACE OF QUARANTINE

“This book may well change our perception of life itself!” – Readers’ Favorite

He didn’t expect to wake up dead. Now he wants to prove the afterlife exists. Is there any hope that our memory and consciousness remain intact after death?

Read The Place of Quarantine today to open your mind to destiny!